It's fall and pumpkins are in abundance so this is the perfect time to make your own Pumpkin Puree. Homemade pumpkin puree is great for pumpkin soup, pumpkin pie, pumpkin bread, and pumpkin donuts. It takes less than an hour and can be easily frozen for future use. To learn how to make your own puree get the details below. And if you want to keep up to date on new recipes sign up for my newsletter.

Since I like to experiment and the stores were full of fresh pumpkins I decided to learn how to roast pumpkin so I could make my own pumpkin puree. I then used it to make Pumpkin Bread and the flavor was really good with a nice squash/vegetable flavor.

I've included the instructions below on how to roast a pumpkin and make your own puree. Give it a try. The nice thing about roasting your own pumpkin is that you will have enough pumpkin for multiple treats, sweet or savory.

Which Pumpkin to Use for Pumpkin Puree

If I'd known that roasting pumpkin was so easy I would have done it much sooner. If you decide to roast a pumpkin for this recipe, not all pumpkins are created equal. There are two kinds: carving pumpkins and pie pumpkins.

Carving Pumpkins, which are those huge pumpkins you get at a pumpkin patch, have a thinner shell, less flesh, and are usually more watery than pie pumpkins. Pie pumpkins are smaller, have sweeter flesh, and are easier to cook. I have not done an exhaustive study of the best pumpkins for baking, but I tried two varieties available in the Portland area: Amber Cup and Kuri. For this recipe, I used an Amber Cup pumpkin.

How to Roast a Pumpkin

To roast the pumpkin, use a pumpkin that is 2 to 3 pounds. Preheat the oven to 350 degrees F. Cut the pumpkin in half, dig out the seeds and rub the pumpkin flesh with vegetable oil.

Line a baking sheet with parchment paper and place the pumpkin halves flesh side down. Pierce the shell with fork tines or the tip of a sharp paring knife. Piercing the shell will help release steam as it is baking.

Rub the inside and outside of the pumpkins with vegetable oil.

Bake the pumpkin for 35-40 minutes until the outside shell is tender and soft when pierced with the tip of a sharp knife. Allow the pumpkin to cool and while still warm scoop out the flesh.

Process the pumpkin with a handheld mixer or food processor until it is smooth. Store it in an airtight container for up to 5 days.

In the end, you will have about 3-4 cups of pumpkin puree depending on the size of the pumpkin. Enough for multiple loaves of pumpkin bread or a couple of dozen pumpkin muffins.

To create a smooth puree use a food processor or stick blender and process the puree until it is smooth.

How to Use Pumpkin Puree

Use the pumpkin puree to make your favorite pumpkin treats:

The puree can be frozen and then thawed in the refrigerator the day before you're ready to use it. If there is any water when the puree thaws out, cook it in a saucepan over medium heat just until the puree begins to stick to the pan. 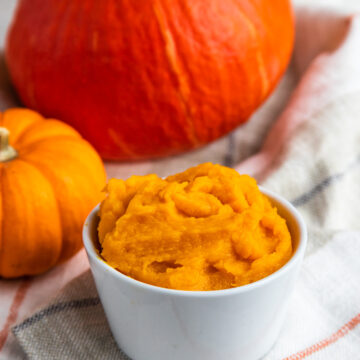 How to Roast Fresh Pumpkin 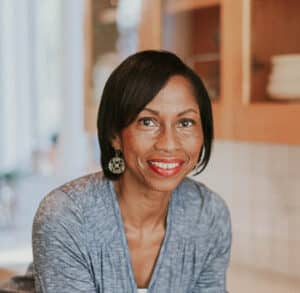 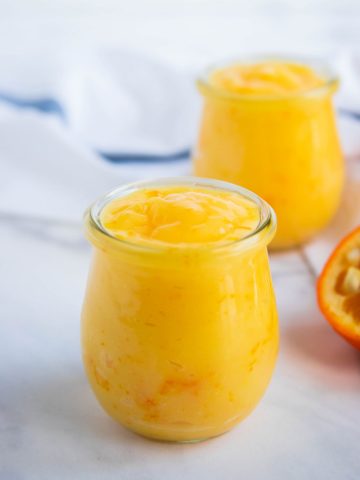 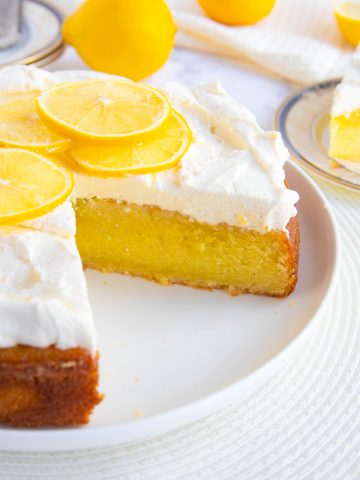 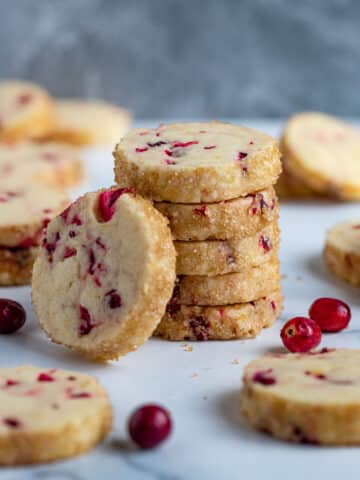 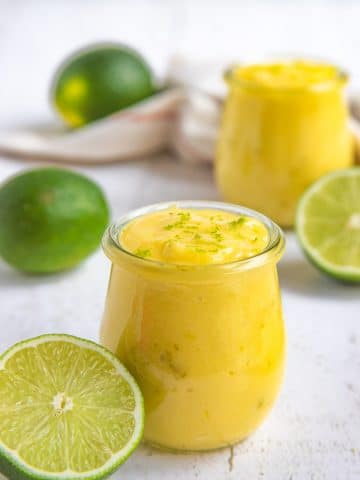