My nickname for Red Velvet Cake is Sweetheart Cake.  Why?  Because it's my husband's favorite and I usually make it for his birthday or Valentine's Day or just because.   And since I've made it several times since we got married I wanted to come up with a version that I love too and that had more cocoa flavor. With this new version I now love it too.

There are different versions of red velvet.  I use a combination of cocoa and red food coloring to achieve a reddish-brown color but also because I love the hint of cocoa flavor.  My cake never comes out the same shade of red or reddish-brown.  I use Americolor gel paste food color - Red, Red, but I don't measure the amount, so there is a slight variation from cake to cake.  If you decide to make this cake, don't skip the vinegar.  The combination of the vinegar, baking soda, and natural cocoa help produce the red color.

I use cake flour to produce a tender crumb and fluffy cake.  If you substitute with all-purpose flour because you don't have cake flour, substitute by weight.  In other words, use 257 grams of all-purpose flour. Combined with everything else, this combination of ingredients produces a moist, tender and fluffy cake.  But there is still the secret ingredient.

I recently bought Bakewise by Shirley Corriher and the section on cakes alone is really work the price of the book.  I like to understand how things work, and her book explains it all - the correct ratio of sugar to flour, why you whip your egg whites on medium.  It's the perfect book for a self-declared baking nerd like me.  From the book I learned how to make a cake fluffier, but as Shirley Corriher it's not exactly new information.

So the secret to making this cake even fluffier is WHIPPED CREAM.  Such a simple ingredient, but makes a huge difference in the cake.  Whipped cream works because as you whip the heavy cream, you create bubbles and those bubbles expand even more when the cake is baked. I couldn't believe such a simple thing worked, but it really does.  When I cut into the cake I was excited to see that it actually worked.  The cake tasted amazing and the texture was softer than anything I'd made before.

I love this buttercream.  It is rich and decadent, without being overly sweet. And it's easy to make. It has 3 main ingredients and the vanilla can be replaced with almond extract or a citrus flavor of your choosing.  I actually can eat it by itself, but that's not something I like to confess.

I made 4 versions of this buttercream before I found the right combination of ingredients.  First, I used an existing recipe for cream cheese frosting. I replaced part of the cream cheese with mascarpone, but the texture was too soft and kind of weepy. My second try I reduced the cream cheese, added more mascarpone and beat them on a higher speed and for longer to make it fluffier before adding the powdered sugar, but I still ended up with the same problem.  It tasted okay, but I didn't like the look of it and it was a little too sweet for me. All the versions also contained 2 tablespoons of heavy cream. My 4th and final batch I ditched the cream cheese, the heavy cream and reduced the sugar. The final result was a buttercream that I can eat by itself. I even put in on toast.

How many of you mispronounce mascarpone?  I pronounced it as Marscapone for years before I realized I was pronouncing wrong, despite the clear spelling on the package. Even to this day, I mispronounce it and self correct myself a lot. But either way you pronounce it, others will know what you're talking about. And it still makes some of the best buttercream.

I am so happy with the way this cake turned out.  When I cut a piece out of the final version I was thrilled with the way the knife slid through the layers and how it felt so fluffy just cutting through it.  And I absolutely love the way it tastes.  I think you will love it too!  If you have questions or try the recipe let me know what you think.

I use American Standard food gel - Red, Red for this recipe. 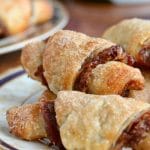 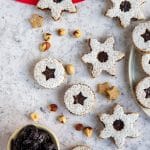 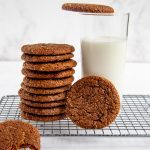 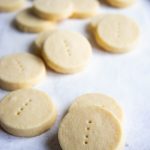 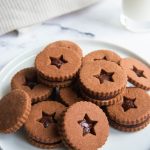 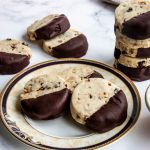 As an Amazon Associate I earn from qualifying purchases, which will earn me a small commission if you make a purchase through these links, at no added cost to you.