I love homemade cinnamon rolls. This pecan cinnamon roll recipe started with a recipe I received from a co-worker for his mother's Texas Style Pecan Cinnamon Rolls. Several iterations later I came up with the recipe for these gooey, sweet, soft and delicious cinnamon rolls. They're made with plenty o butter, brown sugar and of course cinnamon and topped with a yummy apple cinnamon frosting.

How to Make Pecan Cinnamon Rolls

Cinnamon rolls are a yeast dough filled with delicious cinnamon filling. The nice thing about a cinnamon roll filling is that you can get very creative with flavors. Since the key ingredient is yeast you want to make sure your yeast is active. I used active dry yeast. To ensure my yeast is good I proof it in warm milk. The yeast should bubble and expand if it is good. If it doesn't work through it out. Check the expiration on the package, you make need to buy new yeast.

Another key ingredient is room temperature. It's important for the kitchen to be warm, at least 70 degrees so the rolls rise. My kitchen gets very cool during cold weather and if you struggle with the same thing see my directions below for creating your own proofing box in your oven. My oven has a proofing function, but since not everyone has this feature I tested the recipe with the proofing box method.

How to Make a Proofing Box

One of the challenges of baking during cold weather is having a kitchen that is too cool for the dough to rise properly. So here are the directions to make your own proofing box in your oven will help ensure that your cinnamon rolls get a proper rise.

Bring a large kettle of water to a boil.  Pour 8 cups of boiling water into a 9 x 13-inch baking dish and set it on the floor or bottom rack of your oven.  Place the bowl with the covered dough on the middle rack of the oven, close the door and let the dough rise until doubled in size, about 1 hour. Repeat these steps for the second rise.

The pecan cinnamon roll filling is made with brown sugar, pecans, cinnamon, nutmeg, a little salt, and melted butter. I process the brown sugar and the pecans together in a food processor to finely chop the nuts. Processing the nuts and sugar together also ensures the nuts are evenly distributed. Pour the sugar nut mixture into a medium bowl and whisk in the cinnamon, nutmeg, and salt. Add the butter and mix with a spatula until well combined. This only takes a few minutes.

How to Roll the Cinnamon Rolls

After the dough has risen in the bowl you’re ready to roll the cinnamon rolls. Use a pastry mat sprinkled with a little flour to keep the dough from sticking. The dough should not be too sticky and will be easy to roll.

The dough is rolled into a 12 x 19-inch rectangle. It is an odd size, but after the dough is rolled the ends are cut off to create straight even ends. After you’ve rolled out the dough, spread the pecan-cinnamon filling on top and roll it up into a firm cylinder. Cut it into 12 rolls that are 1-1/2 inches thick each. Place the rolls in the 9 x 13-inch pan. I use a pan with straight sides which will produce square cinnamon rolls.

I printed this recipe as part of a collaboration. One of the things that one of the other bakers mentioned was pouring heavy cream over the risen rolls right before they went into the oven. While I tried it twice and it worked both times. So the secret to moist gooey cinnamon rolls is heavy cream. Warm the cream until it is slightly warm and pour it over the rolls. Do not pour cold cream over the rolls.

After the cinnamon rolls have baked and your kitchen smells like cinnamon heaven, it’s time to frost them. I decided I wanted to add apple flavor to my cinnamon rolls, so I made a frosting with powdered sugar, freeze-dried apples, cream and a touch of cinnamon. I processed the powdered sugar, cinnamon, and apples in the food processor to pulverize the apples and thoroughly combine the ingredients.

I added the butter to the powdered sugar mixture and used a fork to work the butter into the sugar. Start by adding half the heavy cream and then add the remainder depending on how thick you want it. The frosting will be a little lumpy because of the freeze-dried apple but when you frost the rolls it will melt into the rolls and smooth out.

For overnight cinnamon rolls, place the unrisen cinnamon rolls in the refrigerator for at least 16 hours. Let the buns rise at room temperature for 1 hour before baking. If your kitchen is cold repeat the steps for making the proofing box. 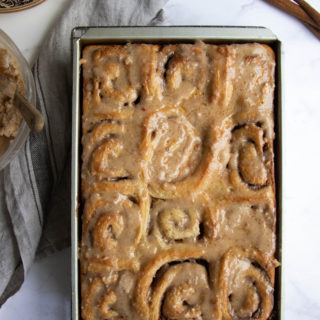 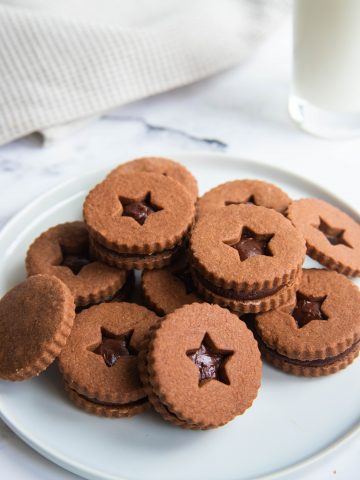 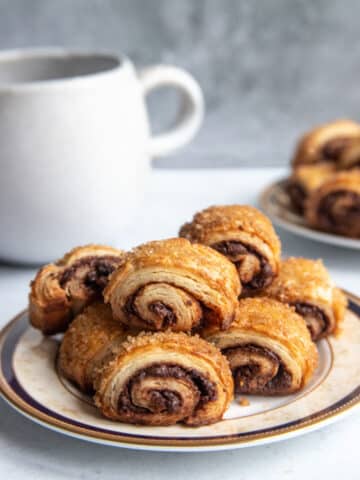 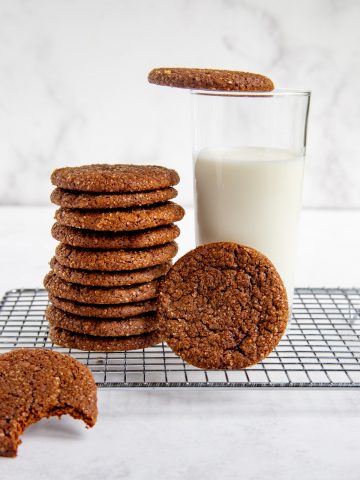 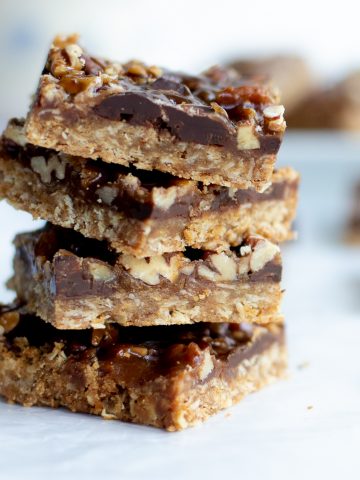 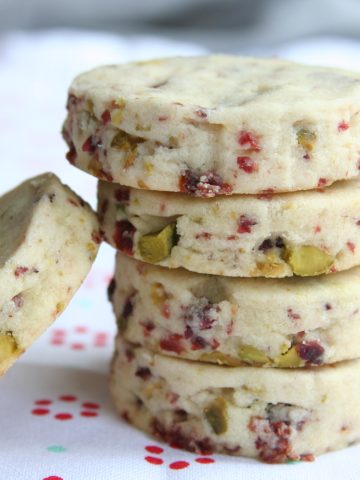